Definition: a person who buys and sell goods, currency, or shares
Source: oxforddictionaries.com

The trader behind the screen

The archetypal representation of a trader is: a Caucasian male dressed in suit and tie and surrounded by several large computer screens. The trader is usually pictured in four different postures: the active satisfaction with the arms raised to the sky in a victory gesture, quiet satisfaction with a relaxed body leaning back in his chair, a worrying attitude or a highly concentrated posture leaning towards the screen.

More rarely represented as a working group, traders have very few social interactions with each other except with distant people over the phone. Each trader occupies a central position and pilots his world of data on his own.

The computer screens are logically organized and form several types of wall structures. What is being traded through the screens is difficult to identify from a distance. Series of numbers or charts feature with a predominance of high contrasting yellow, red and green colours.

The trader deals with dematerialised matters that flow from screen to screen, in an undefined space and time. 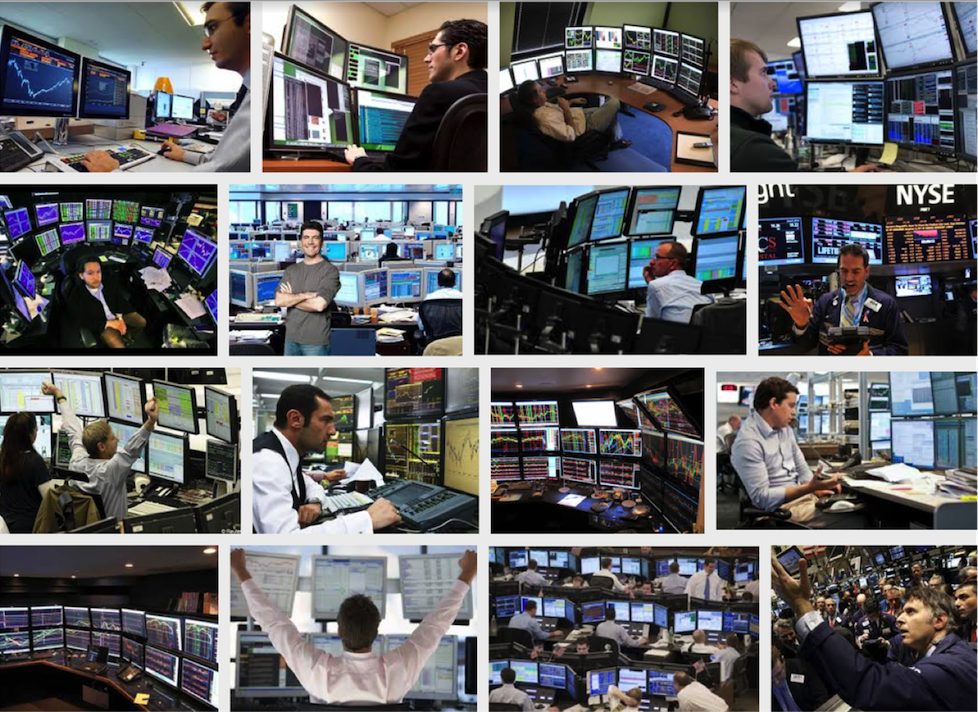 If one looks for “street trader”, a very different world is then revealed (although some Wall Street traders will still appear here and there due to the proximity of word search). A great diversity of traders (men and women) and colourful goods are pictured.

Street traders usually wait for their client in a passive attitude. Their  equipment is highly mobile and strongly reflects the trader’s personal taste and creativity. Contrary to the “trader”, no one street trader resembles one another. 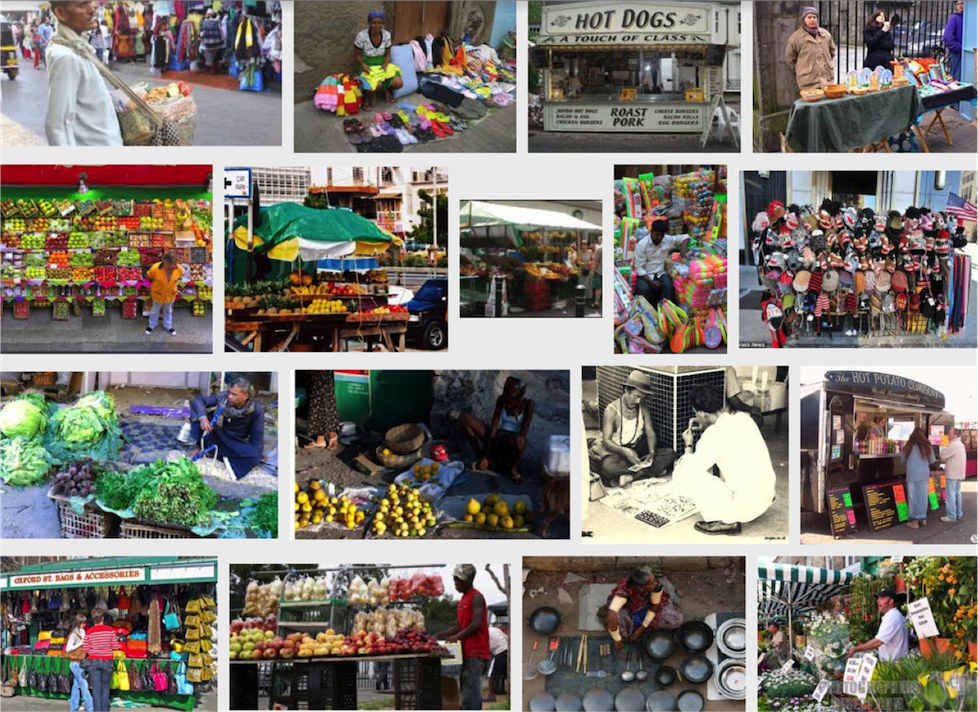