“Big data” is a recent word in the information and technology vocabulary. Its origin has been traced in the 1990s but the interest for it in the Google search engine has only significantly increased since 2013.

Big data is mainly depicted through three visual forms: word clouds featuring the word in big font like a slogan, infographics and illustrations with binary numbers.

The series of words, numbers and pictograms reinforce the notion of ‘big’ in a very literal way. Big data is an accumulation of things, which bear little connections with each other. But, they all converge to a prominent center or disappear in a vanishing point.

Big data is endless; it has no beginning and no end.

A dominance of grey and blue colours stress the cold and technological realm of big data. Human beings are strangely absent from big data at first sight. 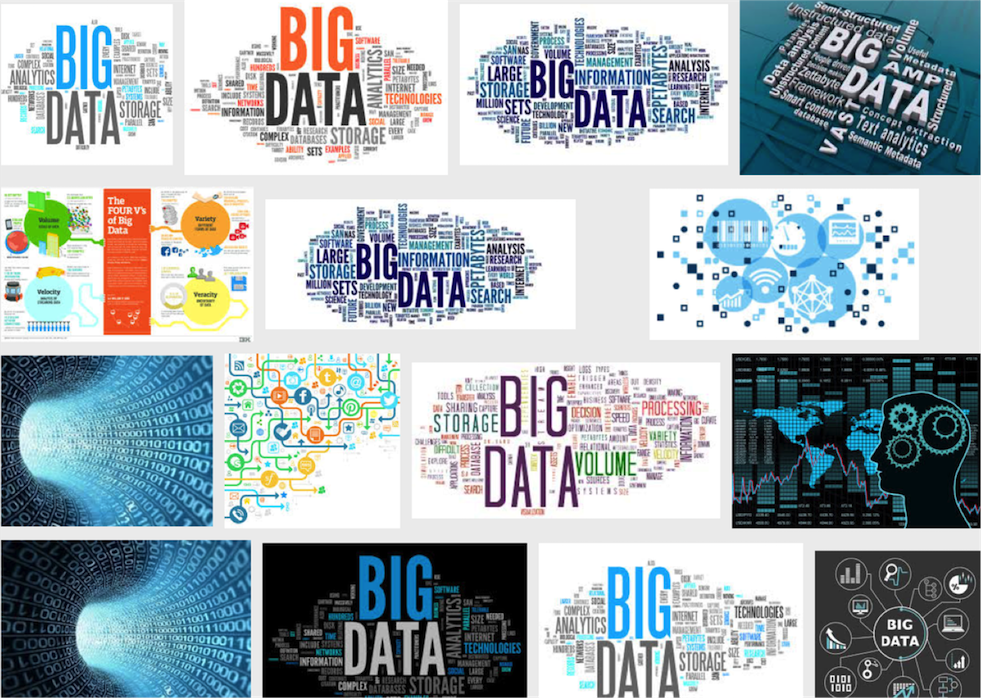 Only further scrolling down search reveals a human presence around two recurring themes. Big eyes superimposed with binary data evoke a Big Brother-type mass surveillance. Alternatively, a character appears in a passive stance trying hard to figure out the meaning of a series of numbers and equations. Or, is simply lost and in distress amidst an ocean of data. Big data is not an easy ride for human beings. It is a vast, uncertain and daunting world in urgent need of cartography and more explicit meaning! 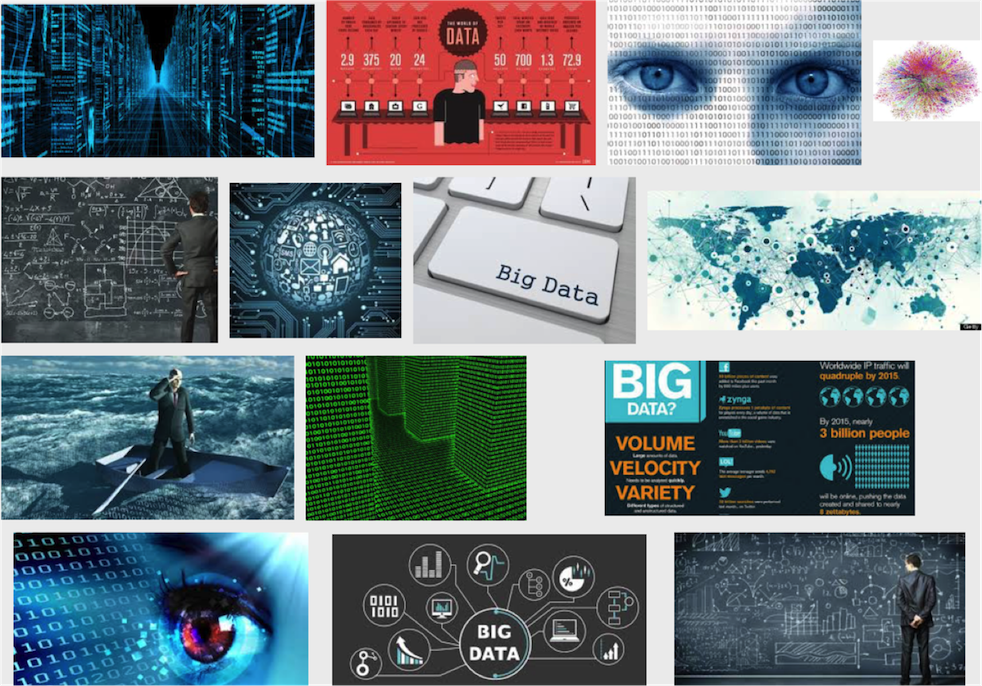